The unpopular yet seemingly pervasive practice of gerrymandering may have met its match: programmer Brian Olson. Using the 2010 census data, Olson developed a program to automate the process of redrawing legislative districts (on both the state and federal level). He improves on previous efforts by not simply drawing lines that minimize district size, but by making districts as compact as possible without putting one neighborhood (i.e. census tract)* in more than one district.

Here’s an example of the result: 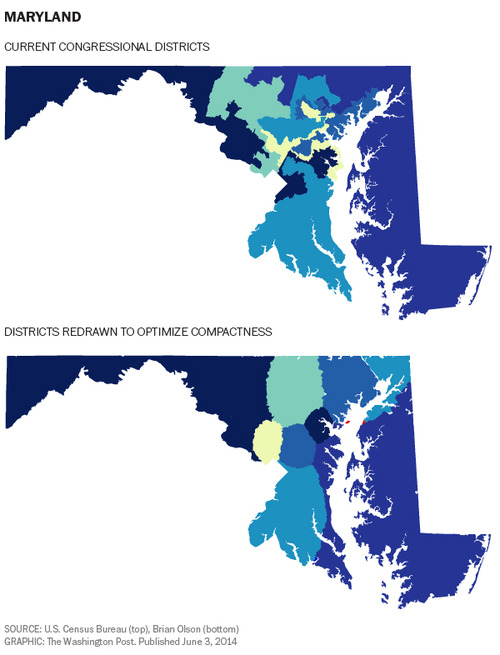 While this is an exciting development and I think state legislators would be wise to implement a version of  Brian’s work, we (probably) shouldn’t view this as a panacea. As John Sides has argued, “gerrymandering is not what’s wrong with American politics.”

*According to the Census Bureau, “census tracts generally have a population size between 1,200 and 8,000 people, with an optimum size of 4,000 people.  A census tract usually covers a contiguous area; however, the spatial size of census tracts varies widely depending on the density of settlement.”