The Wall Street Journal just released a fun game, called The Federator. The goal is simple: act as if you’re Ben Bernanke and strike the right balance on the Phillips Curve as you conduct monetary policy. In other words, keep the recovery in tact without causing high inflation. 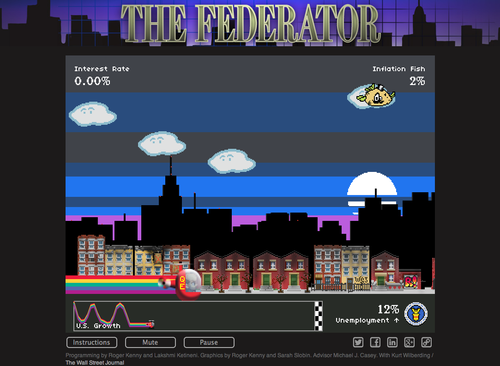 If you aren’t aggressive enough in lowering interest rates and engaging in quantitative easing, you’ll lose for allowing skyrocketing unemployment. You’ll have failed maintaining the Fed’s dual mandate of limiting inflation and unemployment. 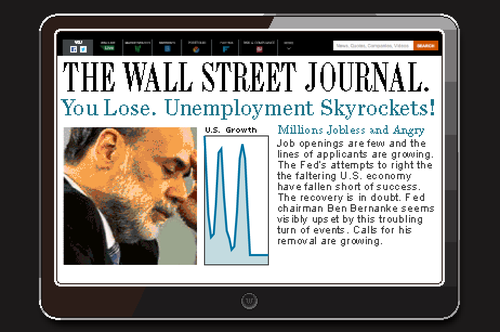 However, if you keep both unemployment and inflation at modest levels, then you’ll pass. 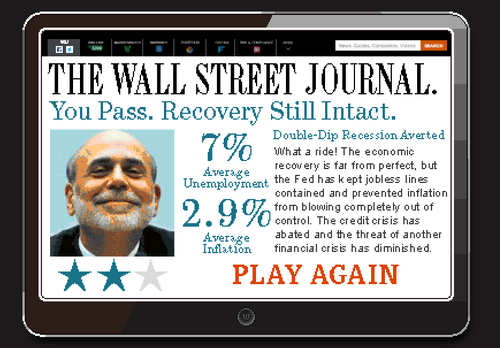 Have fun playing and may the odds be ever in your favor.